1) This song tells the story of a man who has made a career in radio.  How many professions have you worked in? Five major ones, of which radio was one. Hotel, Furniture, Video and Liquor were the others with liquor longest after radio.
2) He describes himself as "45 going on 15." This morning, do you feel older or younger than your years? I spent last night on a first contact phone call. I forgot how bad they can be.

3) He estimates that he's traveled thousands of miles, from town to city, as disc jockey at various stations. Have you ever relocated for a job? Yes. I left Hartford for Boston in 1995 for a radio job at WBCN.
4) This song is written as though he's reached out to an ex. Is there someone from your past who is on your mind this morning? My past is always on my mind. It's unavoidable.
5) Tell us about a radio personality you grew up listening to. Joey Reynolds was primarily on WPOP in Hartford but was on WDRC as well. I met him when he did a guest show on my station 91Q.

6) This week's featured artist, Harry Chapin, was an Oscar nominee. Before he became a musician, he wrote and directed a documentary about boxing called Legendary Champions. When you sit down to watch a movie, would you prefer action, comedy, drama, fantasy, horror, mystery, romance, thriller or documentary? It depends on who I am with...
7) Today Harry Chapin is fondly remembered for his philanthropy. He filled his calendar with benefit concerts that supported local food banks all around the country. How would you like to be remembered? As a good brother/father/grandfather/friend.

8) In 1973, when this song was popular, one of the top-selling toys was a Curious George book packaged with a plush Curious George. Can you recall a favorite book from your childhood? I loved Animal Farm & 1984. And later Kurt Vonnegut
9) Random question: Here's $100. What will you spend it on? Dinner with a beautiful woman. Who I've yet to meet. But I'm working on it...
Posted by Bud Weiser, WTIT at 6:47 PM 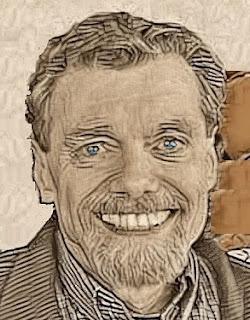